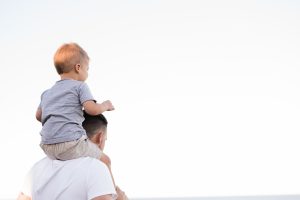 Sunday is Father’s Day and if you’ve already done the handprint-on-a-baseball thing, or the homemade-remote-control-caddy thing, kudos! A little homegrown love and crafting is always a good start! In addition to that, I’d add a few other gifts that would really go a long way to making the father in your life shine the way he does best:

The very simple act of offering praise can help avoid disagreements, build up esteem, and reinforce positive behaviors. Instead of criticizing your partner for the 20 year old sweatpants he’s wearing, the task he’s avoiding, the time spent glued to his phone or any other item on the whole laundry list of flaws we all have— shift gears and double up on the praise instead: “You look amazing when you wear those [other, non-jersey knit] pants.”  “You did such a fantastic job with dinner tonight!” “Thank you for fixing the leak, I feel lucky to be married to you!”  “Thank you so much for the time and attention you gave the kids after work today. I know you had a long day and probably had no energy for that but I’m so grateful for your priorities!”  You get the idea. The key with praise is to be specific and be genuine. We all respond better to positive reinforcement than to negative criticism and fathers are no exception. Lastly, if you get the chance to praise him in public, do so! And often.

I once read in a psychology text that men need to feel respected even more than they need to feel loved. Whoa! While this may not be true for all men, I sense there is a lot of truth to this proposition and it can help us to shape our behavior. A lack of respect can look like this: undermining his discipline with the children, having a habit of interrupting while he’s speaking or not listening while he’s speaking, being emotionally manipulative by withholding affection to gain what you want, giving him a guilt trip for wanting his own personal time/space/hobbies, making cutting or sarcastic jokes about him in public, and making no effort to at least try to correct personal idiosyncrasies that bother him (Would it really be that hard to put the milk on the left side of the fridge, even if you think it’s silly?!). Respect, on the other hand, looks like the opposite of all these things.

A Soft Place to Fall

Fathers don’t have it easy these days. On the one hand, some can go overboard with “toxic masculinity.” On the other hand, they can be criticized for being too passive or “soft” with their families. It’s not easy being a man, let alone a father!  One thing that may help is if these fathers knew that their authoritative stance was valued and needed… but that they weren’t expected to save Gotham City in a cape. The fathers in our lives need to know that it’s okay to be human. That they will sometimes stumble, sometimes cry and sometimes fail, but that you as a partner will be right there by his side accepting and loving him through it all. Many men want to be and are capable of being strong and brave most of the time. But the gift of your strength and steadfastness will be a precious one for him to rely on, when he is confronted with a dragon that he can’t immediately slay.

This Father’s Day, let the man in your life know that he is a rockstar and you will love and respect him through thick and thin. 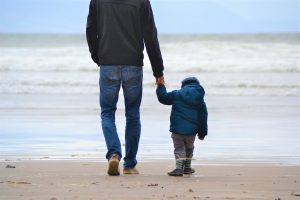 Written by: Elizabeth Peck, a Clinical Mental Health Counseling Candidate at the University of the Cumberlands and a support assistant to Pax Family Counseling.